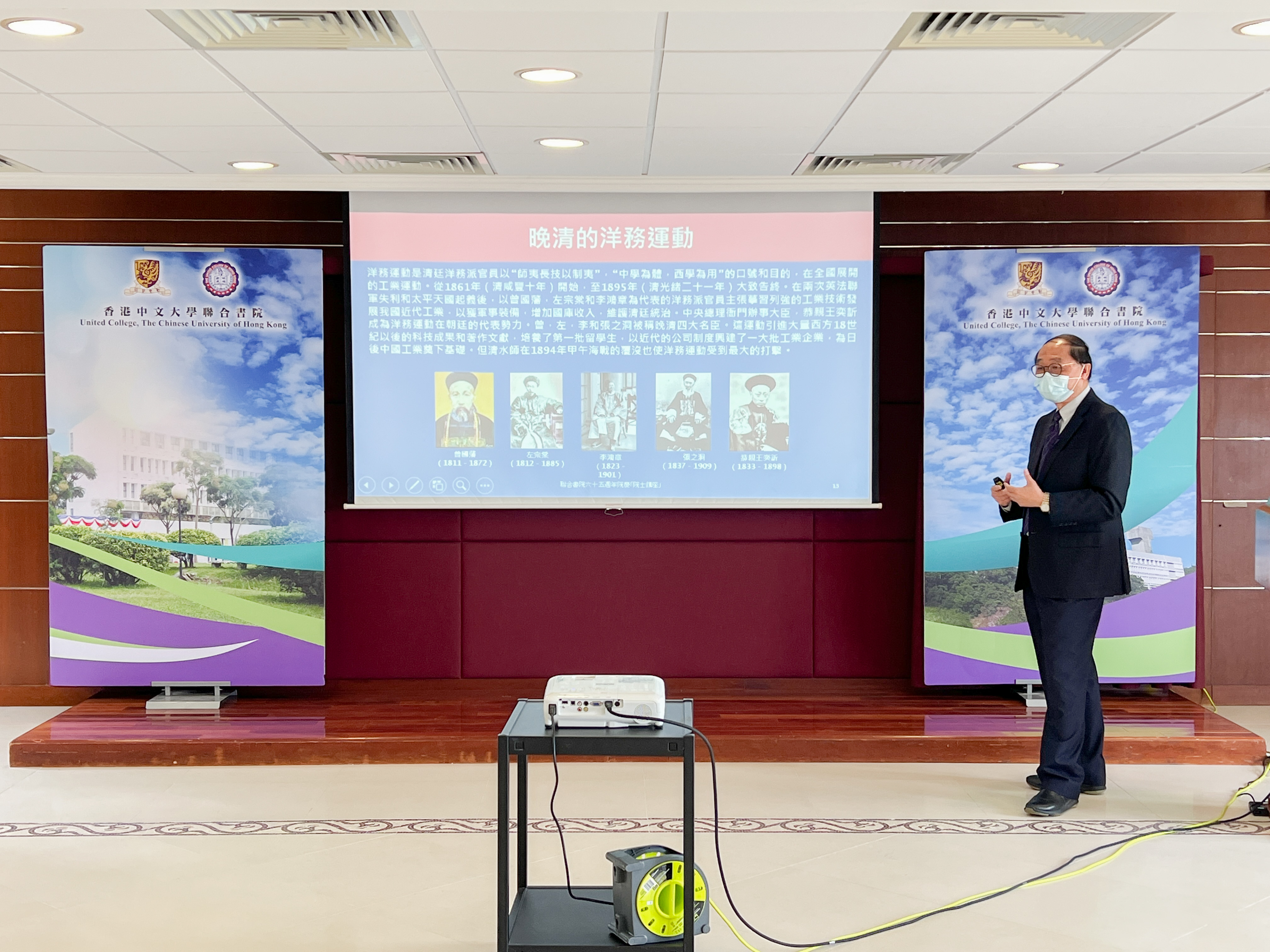 The 65th College Anniversary Fellow Lecture video recording was held on 16 March 2022 on UC campus. We are honoured to have Professor Henry N C Wong, Fellow of The Chinese Academy of Sciences, Emeritus Professor of Chemistry and Research Professor, Department of Chemistry, The Chinese University of Hong Kong, being the speaker.

The theme of Professor Henry Wong’s Lecture was “On Meiji Restoration in Japan and the Westernization Movement in the Late Qing Dynasty”. From a historical point of view, Professor Wong analysed the industrial movement and social development of China and Japan in the 19th century, in the Westernization Movement in the Late Qing Dynasty and Meiji Restoration. A conclusive remark was made by Professor Wong on “Education and Science in China”. Professor Wong reminded us of the importance of the nurturing of human talents and scientific attitude.

A souvenir was presented to Professor Henry N C Wong by Professor Jimmy C M Yu, College Head, on behalf of the College, to express our great thanks. 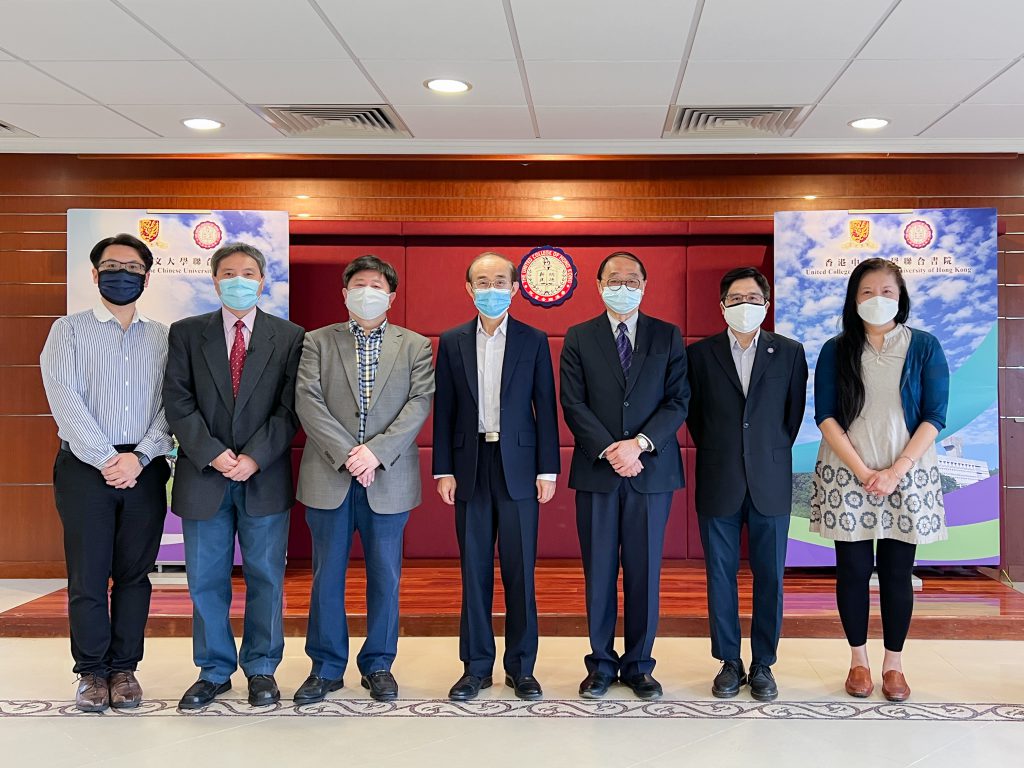 Professor Wong’s research interests are concerned with the syntheses and studies of natural and non-natural molecules. He has served on the editorial boards of several international and national journals. He has been invited to present in over 80 invited and plenary talks in national as well as international conferences and symposia, and has published over 270 research articles, reviews, and book chapters.

Language Improvement Project during the Fifth Wave of COVID