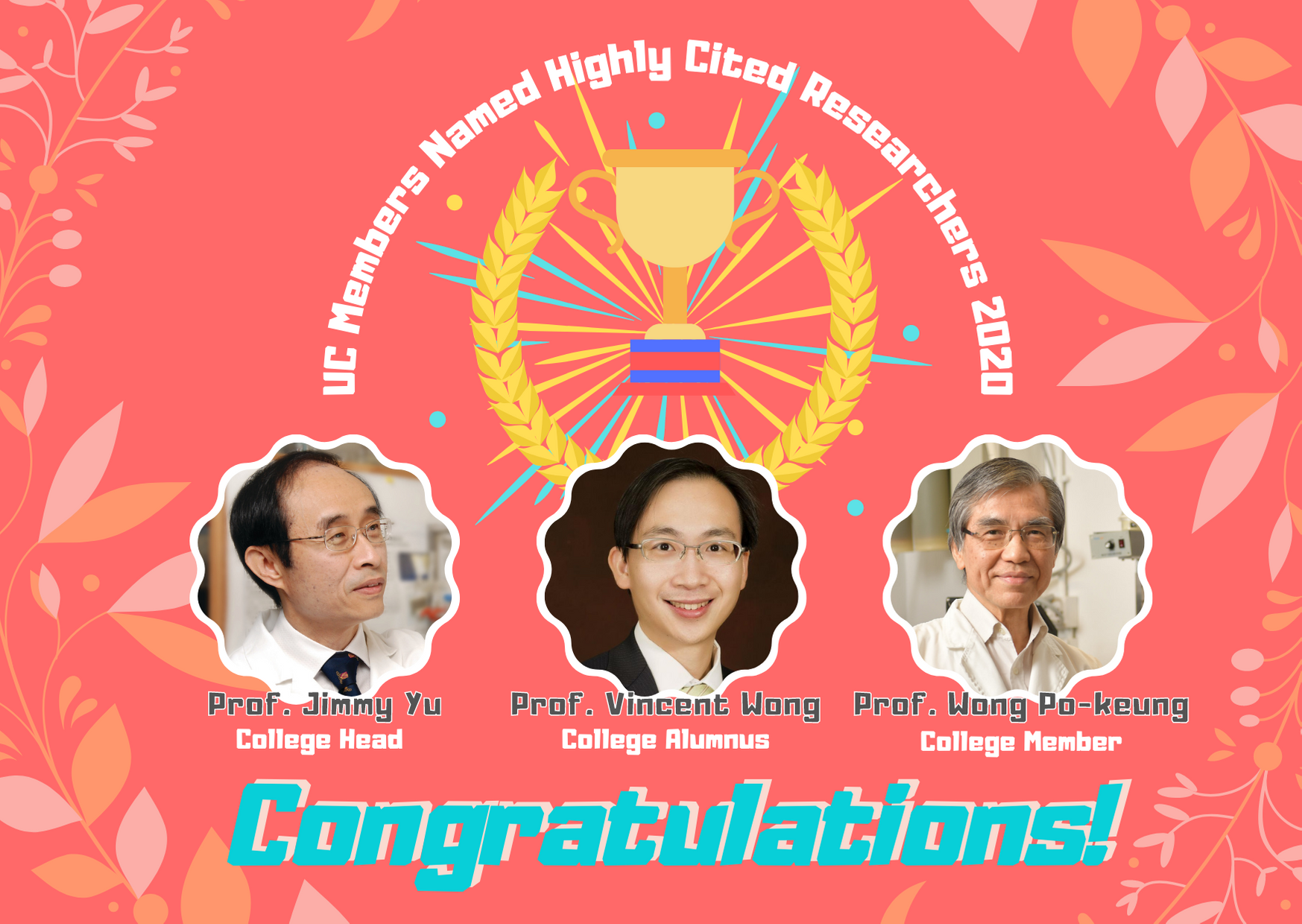 Twelve CUHK professors have been honoured as “Highly Cited Researchers 2020”. The list was released by the Clarivate Analytics which identifies the most influential researchers as determined by their peers around the world. The honour is given to researchers who published a large number of papers that rank in the top 1% by citations in their respective fields of study and year of publication.

Our warmest congratulations to all of them!