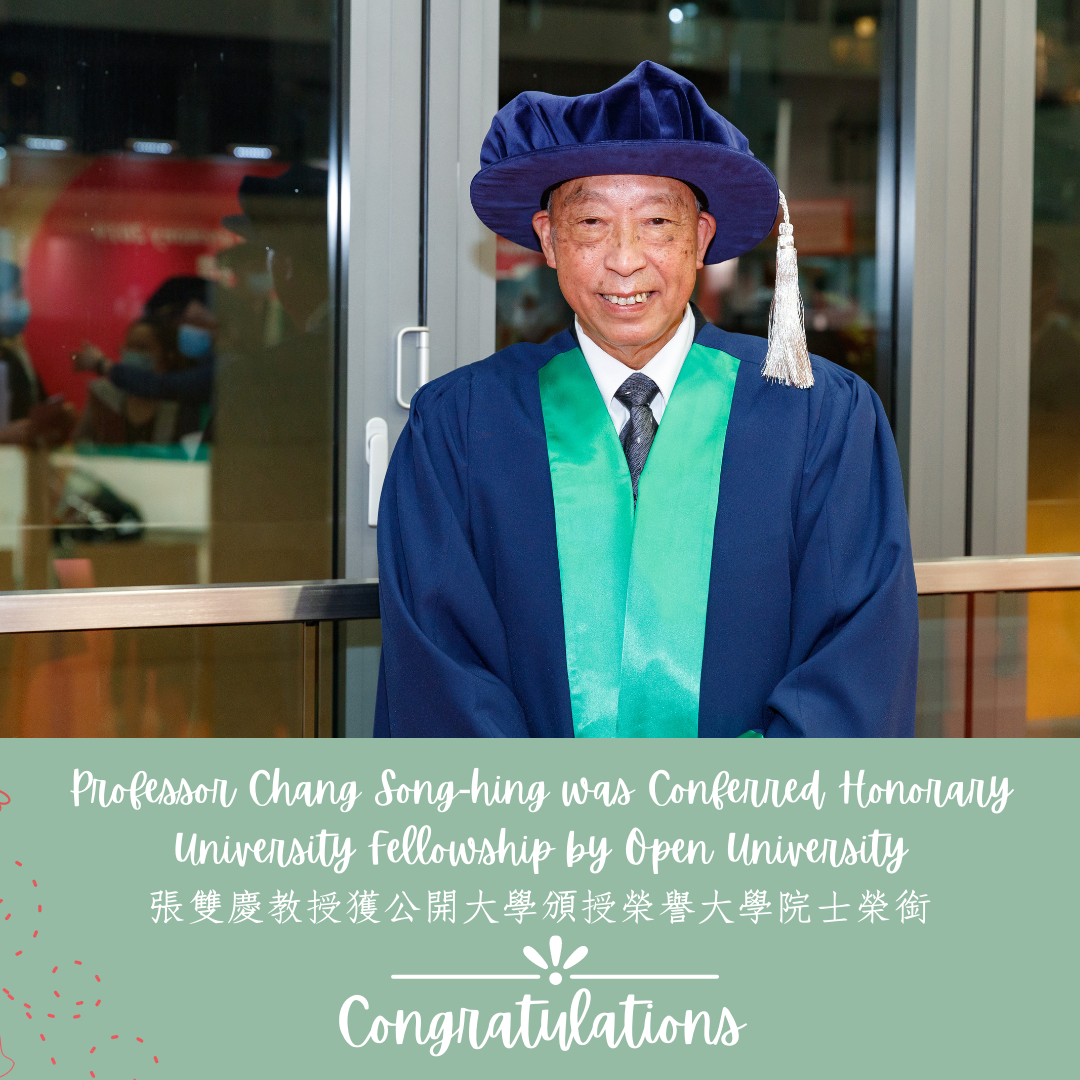 Professor Chang Song-hing, Senior College Tutor of United College and UC alumnus (70/CHI), was conferred the Honorary University Fellowship by the Open University of Hong Kong. He is a distinguished scholar in Chinese dialectology, who has contributed significantly to the study of dialects and culture of Southeast China. Before his retirement from the Department of Chinese Language and Literature of the Chinese University of Hong Kong (CUHK) in 2011, he has received funding for four research projects from the Government’s Research Grants Council to conduct research on the dialects of the New Territories, Fujian, and Guanzhong. He has continued to work tirelessly in research and education since his retirement. During his more than 40 years of teaching at CUHK, he had also served as Associate College Head, Dean of General Education, and Dean of Students of United College as well as a member of the University Council. Our warmest congratulations to Professor Chang!