A Strong Bond with CUHK and UC 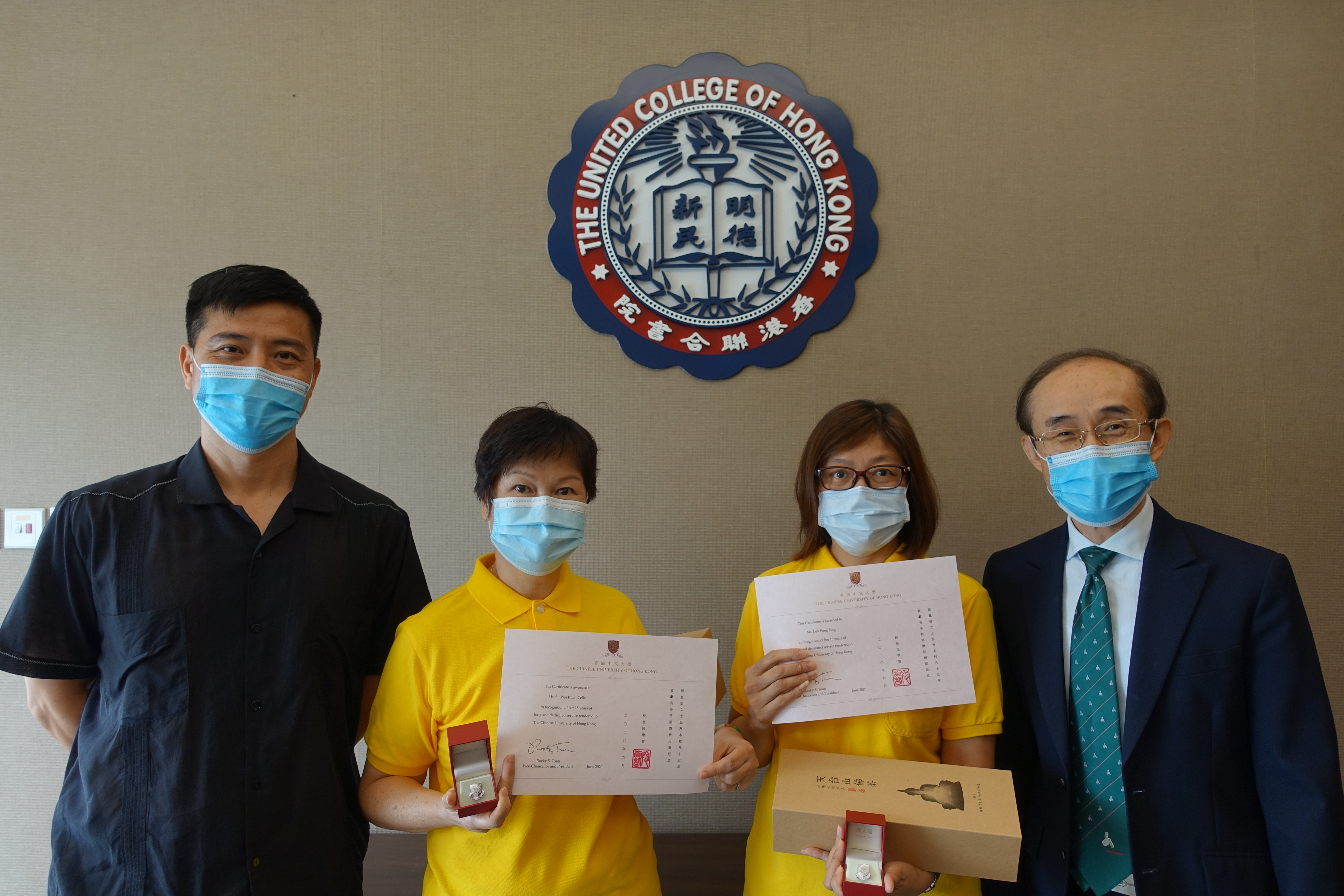 “The more you jump, the more you’ll get” is a common saying in Hong Kong, which means job hopping usually leads to a higher pay. However, it’s not the belief of employees in The Chinese University of Hong Kong (CUHK). An employee with over 10 years of service can be found almost everywhere. CUHK introduced the “Long Service Award” in 1988 to express appreciation to and recognition for long-serving staff members. This year, there are many awardees from the college, including Professor Jimmy C M Yu, College Head, with 25 years of service; and Ms Luk Fung-ping and Ms Celia W K Sit, who served at Hang Seng Hall for 15 years. What is the reason behind their long services? The passion toward the college and CUHK maybe the answer.

Professor Jimmy C M Yu joined CUHK as Associate Professor of Department of Chemistry in 1995. He was promoted to Professor in 2002 and chaired the Department of Chemistry in 2015. Professor Yu was appointed as Head of United College since 2012. Furthermore, he serves United College as a Trustee and extends his service to the University as a Council Member. He dedicated to the continuous development of CUHK and United College. Likewise, Ms Luk Fung-ping and Ms Celia W K Sit devoted themselves in serving the students in Hang Seng Hall.

Without the unfailing support from all the staff, the University and United College won’t become what it is today. It’s not overstated to say, every milestone records their devotion. We would like to take this opportunity to express our heartfelt appreciation to all awardees and colleagues for their years of dedication, commitment, and loyalty to CUHK and United College.