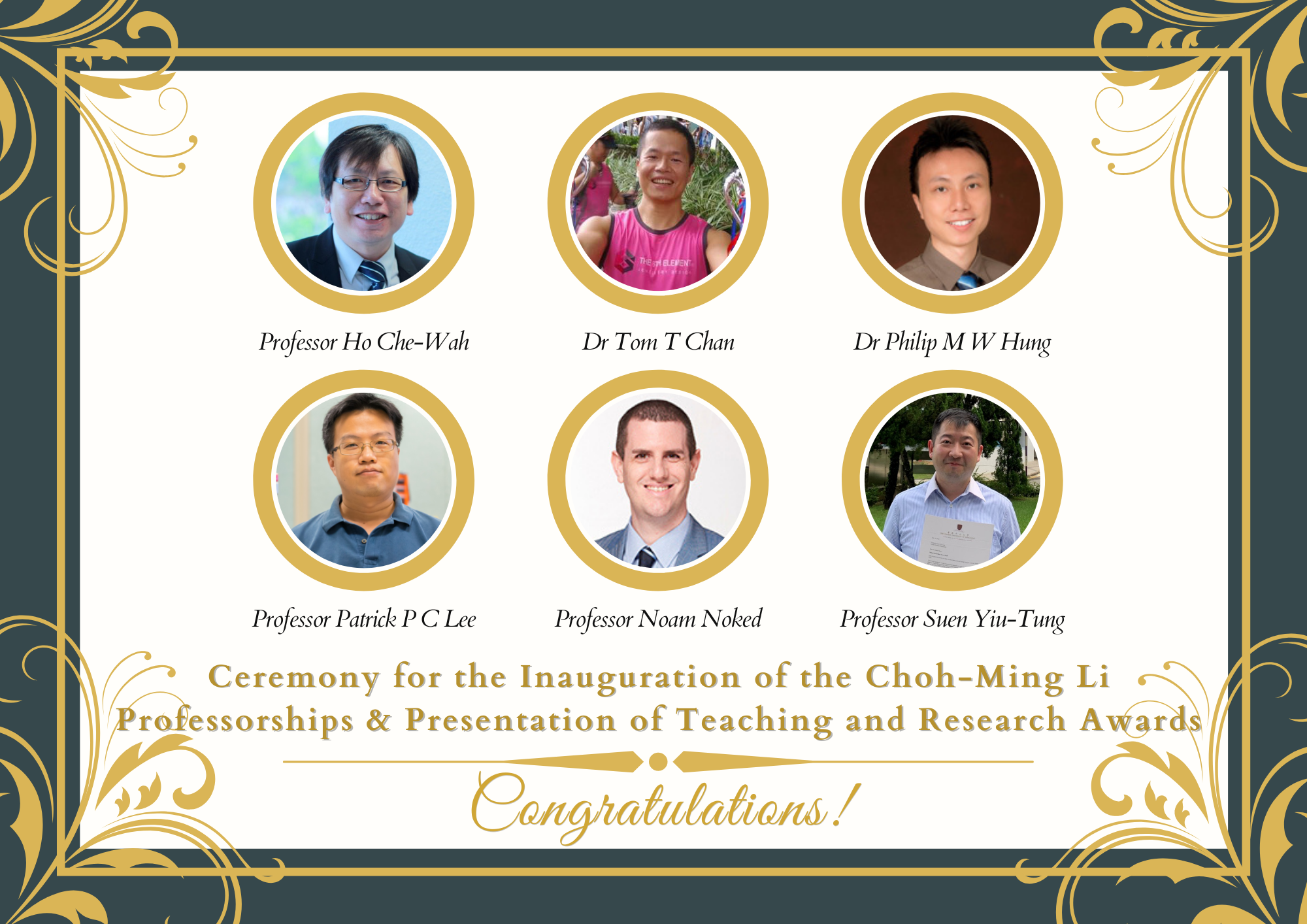 Six College Members were granted awards in Ceremony for the Inauguration of the Choh-Ming Li Professorships and Presentation of Teaching and Research Awards on 5 January 2022 to recognise the tremendous efforts and remarkable achievements in teaching and research of CUHK Members.

Dr Tom T Chan of Department of Curriculum and Instruction, and Dr Philip M W Hung of The Nethersole School of Nursing were awarded the Vice-Chancellor’s Exemplary Teaching Award 2020. Awardees are nominated by Dean of their faculties whose performance in teaching is considered as excellent.

Also, three College Members were granted with Young Researcher Award 2020, including Professor Patrick P C Lee of Department of Computer Science and Engineering, Professor Noam NOKED of Faculty of Law, and Professor Suen Yiu-tung of Gender Studies Programme. This award was established in 2002, which aims to recognise research accomplishments of young academic members (full-time teaching staff below age of 45 and ranked as assistant professor or above) in the university. Candidates are nominated by faculty each year and awardees are selected by the Research Committee of CUHK.