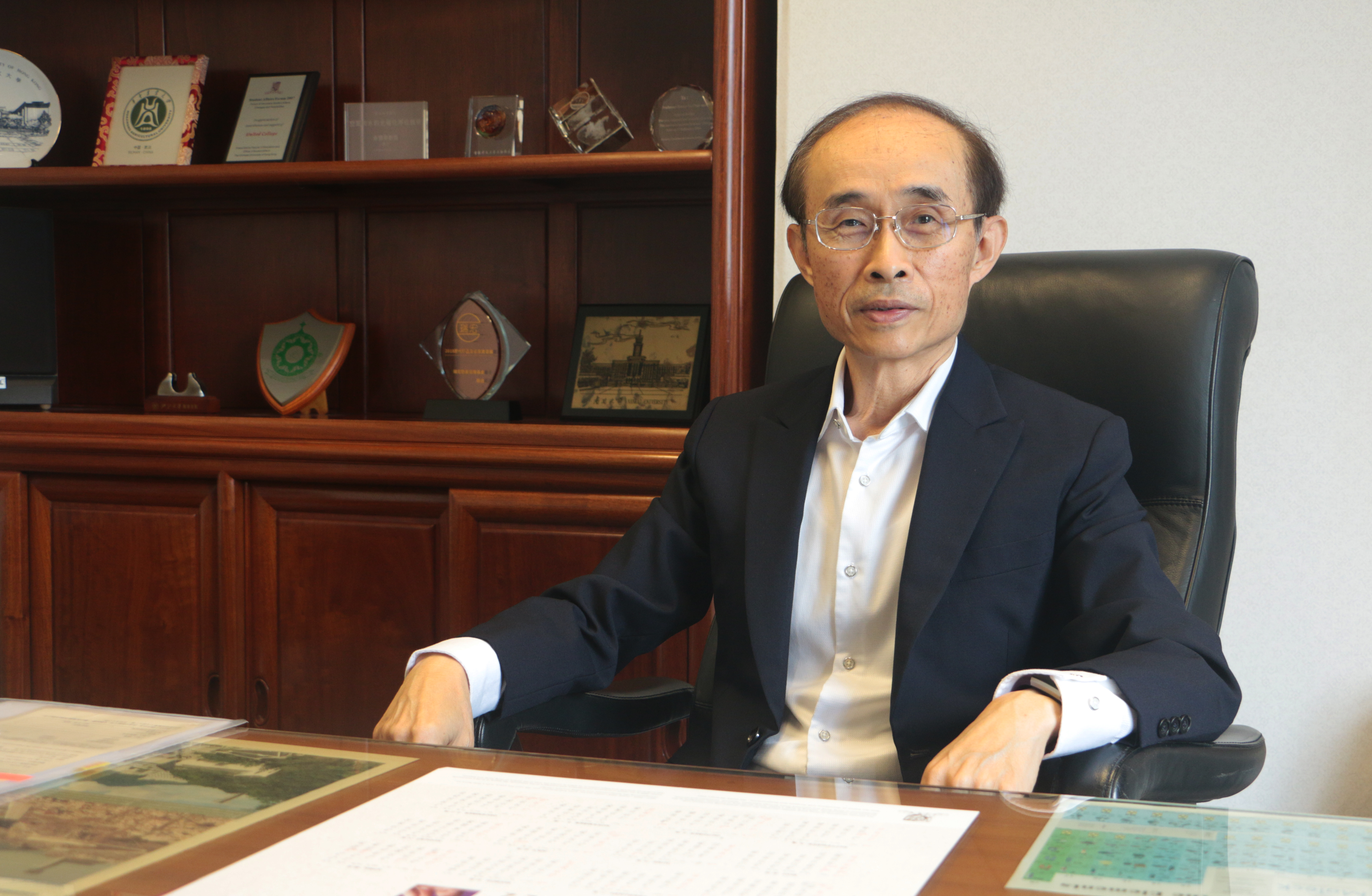 Professor Jimmy Yu, Head of United College, will step down from the top job on 1 August 2022 after a decade of service. From the 334 Scheme first launched in 2012 to the coronavirus pandemic, Professor Yu’s term of office is never short of challenges. Nonetheless, in the face of difficulties, his remains radiant, friendly, and cheerful in front of students, always keeping optimism and positive spirits in the air.

When asked to describe college students and staff, Professor Yu mentioned that the college is a “nurturing ground for successful people”. “Why? Because it’s the truth,” said the scholar, who showed us a photo of him and Sir Charles Kao after attending the college graduation ceremony in 2010—the year following Kao’s receipt of the Nobel Prize in Physics. Professor Yu remarked that the prominent achiever’s presence brought the college glory. Heavyweight characters aside, the retiring head is equally impressed by college students. Citing the 2016 Rhodes Scholarship recipient Serena Dai, he recalled the student expressing her worries about academic results at the Inauguration Ceremony. Upon hearing Serena out, Professor Yu encouraged her to set more ambitious goals and to “dream big, think far”. Eventually, the student stood out amongst elites across other universities and colleges in her final year and earned the acclaimed Rhode Scholarship, which granted her the opportunity to pursue doctoral studies at Oxford University in the United Kingdom a year after graduation. 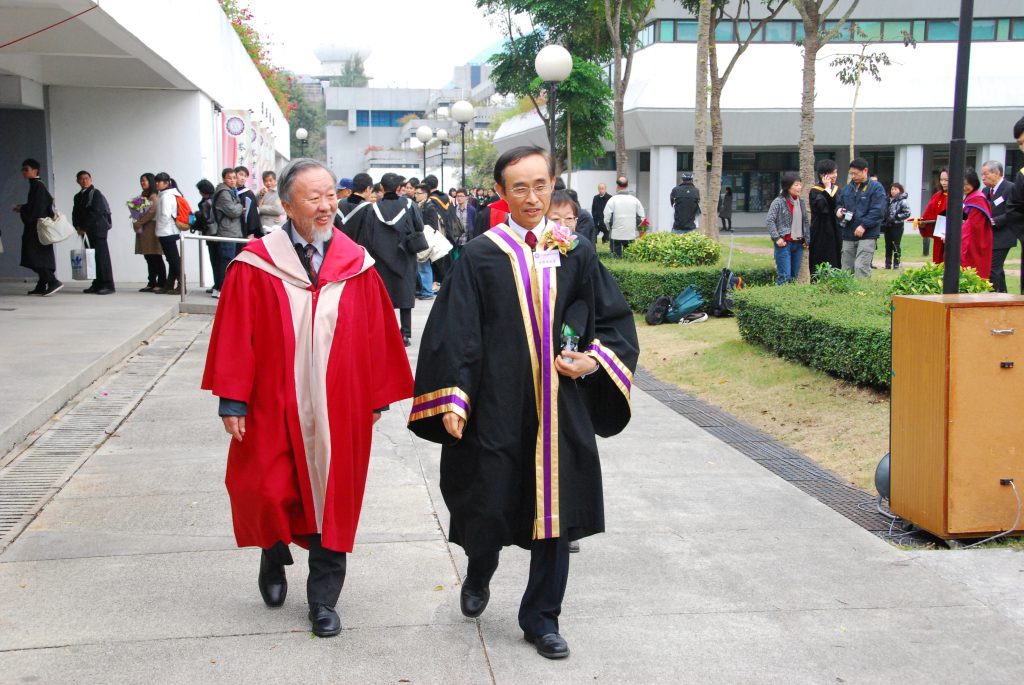 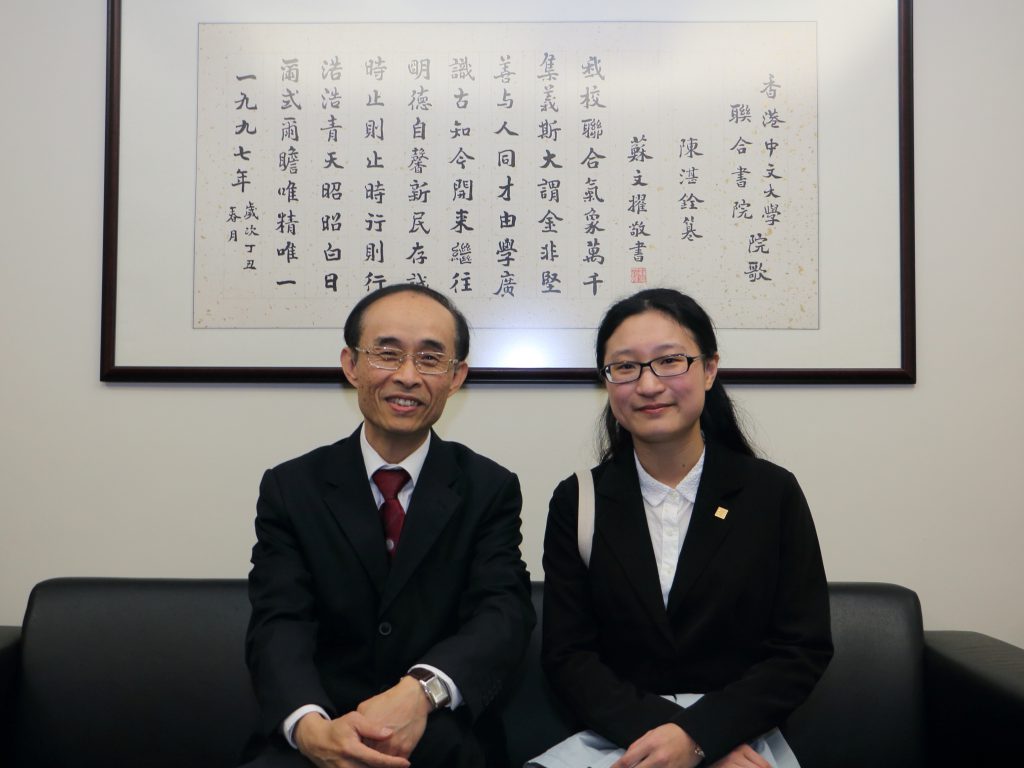 The longest project during Professor Yu’s service is the 5th student hostel. From implementation to execution, the campaign lasts beyond his entire term of service and expects completion in 2025, offering 250 hostel places. He pointed out that this infrastructure is the result of the long-term concerted efforts of the college team. Every stage, including fundraising, consultation, and design, requires thorough consideration. Through measures such as improving the ventilation system and enhancing lighting, he hopes to reflect eco-friendliness and college culture in the brand-new accommodation facility.

Professor Yu believes that the hardest job as Head is to alter students’ fixed mindset; for instance, they tend to prioritise major studies over interest cultivation. There is a need to prompt them when it comes to taking a minor, and staff should also branch out to subjects outside their areas of expertise and seek an all-round development, he explained. To put this into action, the college leader advocates interdisciplinary collaborations between teachers and students, which facilitate applications for research funding and allow research to be utilised in broader fields. He took Professor Zhang Li, college academic from the Department of Mechanical and Automation Engineering as an example, whose research on the development of microrobots in minimally invasive surgery and collaborations with the Faculty of Medicine earned him an award. This demonstrates the importance of cross-disciplinary studies. These concepts must be conveyed directly to students and results take time to materialise, he concluded, “hope we can sow seeds for future growth.”

Memories of “Competitions” between Teachers and Students on UC Tennis Courts

For the past ten years, Professor Yu has been a regular at UC Tennis Courts during weekends. Speaking of ball games, the scholar-sportsman could not hide his excitement, proclaiming confidently that he deserved a spot in the university team for beating his students.  Every Saturday morning, Professor spends almost two hours playing tennis. Neither a drizzle nor the mask requirement during the pandemic can defeat his spirits. On the court, the avid athlete welcomes any challengers from graduates to exchange students to college staff. Even Sir Charles Kao became his contender. It is clear that the tennis courts represent a place of memory for the soon-retiring head.

In addition to exercising, Professor Yu also enjoys interacting with students and listening to music. He pays close attention to the performing guests in the college anniversary celebration every year, who are mostly local Cantopop singers. It is one of the most thrilling and long-awaited student activities. Following students’ recommendation, he is able to reach out to different genres, including the Irish singer-songwriter Damien Rice. Compared to when he first took charge, he thinks that youngsters now are more inventive and active in proposing ideas to him. Sometimes, they suggest bold schemes, “for instance, gender-inclusive floors. The student justified the suggestion with family formation, which was very intriguing. However, considering the social norm and parental expectations, we couldn’t satisfy all their requests, but the proposals are up for discussion.”

Fostering a Sense of “Home” by Uniting Alumni

At a regular weekend, there is always a handful of alumni picnicking and biking on the college lawn with their loved ones, young and old, basking in the peaceful vibes the area channels. Professor Yu once expressed his wish to make the college environment “a cosy home”, so students and teachers can unwind amid their hectic schedules. He believed that the concept of “home” is vital to make teachers and students like the place. In recent years, the Chinese University has been recruiting new faculty heads, and most have joined United College, he said. One of them even had ties with the college since birth as his parents used to teach at East China Normal University, predecessor of Kwang Hsia which amalgamated with other colleges later to form United College. “United College is my home,” the educator said with a grin. Other college administrators were drawn by Si Yuan Amenities Centre when Yu showed them around the area. “Bake a molten lava cake and that’s how you steal their hearts.”

As a breeding ground for talents, the College boasts a total of about 29,000 alumni. Professor Yu believed the college alumni network is tight-knit and thanked past students for their proactive response towards celebratory events and scholarship donations. Moreover, after learning about their juniors’ plights in the news, they take the initiative in approaching the college to offer assistance. Professor Yu thought these kind deeds are their way of “reciprocation”. Years have elapsed, but many alumni still express gratitude towards United College, speaking of the awards they received and the great life inspirations derived. Apart from the local alumni network, the reigning head also travelled abroad to visit college graduates, who were very hospitable and even went as far as to invite him for a stay at their residences.

After leaving the leadership role, Professor Yu will continue conducting research at the Department of Chemistry and complete tasks at hand. He anticipated a future where he would enjoy life to the fullest and take care of his grandchildren while travelling between the U.S. and Hong Kong. “I will keep playing tennis,” he beamed and said. It is his hope that future college staff and students will believe that “tomorrow will be better”. “These two years have been a roller-coaster ride, but once you have alighted the ride, you can hop on a mini train and admire the scenery along the way. Be assured that the best is yet to come.” 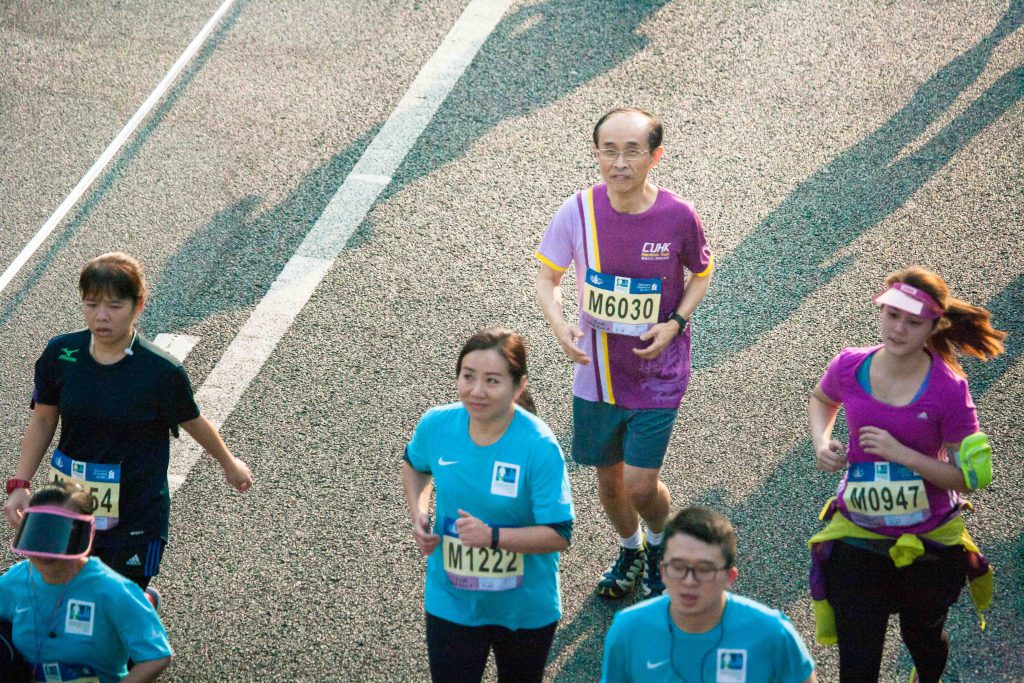