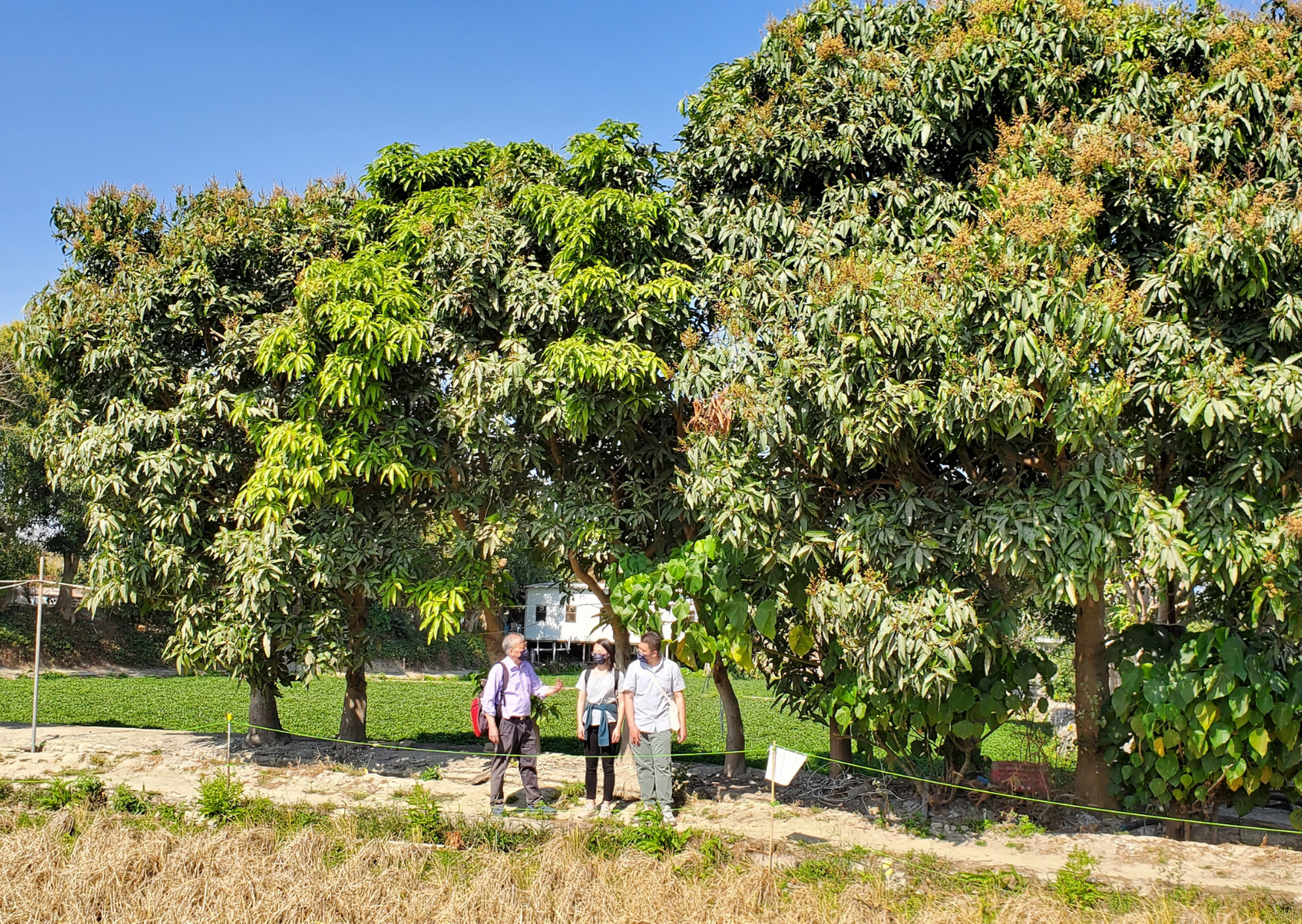 What is Organic Farming? What is Conventional Farming?

Professor Chau Kwai-cheong explained to us that organic farming is a concept and an act. For organic farming, no chemical fertilizer is allowed. Farmers in organic farms in Hong Kong usually use peanut bran, bone meal or seaweed as fertilizers, which are to be decomposed by microorganisms and provide nutrients to the soil. Also, organic farming prohibits the use of pesticides. Crop rotation will be implemented to avoid continuous appearing of pests. An example is to grow corns or beans after growing leafy vegetables. Land with crops will be covered by pest-protection nets while at the same time, farmers will grow different crops on the same piece of land. For conventional farming in Hong Kong, farmers grow just one kind of crop on a piece of farmland. They use a lot of chemical fertilizers and pesticides. Chemical fertilizers are water soluble and can be quickly absorbed by crops, leading to fast-growing and high yield of crops. Since chemical fertilizers could not be totally absorbed by crops, some will flow to rivers and water bodies, causing pollution. There are pros and cons for both organic farming and conventional farming. To conclude, organic farming is more environment friendly.

Professor Chau taught us how to differentiate organic farmland and traditional farmland.

Apart from different farming practices, the crops of the organic farming and convention farming are different in terms of minerals, vitamins and water absorption. Professor Chau explained to us that crops of conventional farming grow faster with faster cell division. More water is absorbed by cells with less minerals and vitamins. Comparatively speaking, crops of organic farming grow slower, resulting in having more minerals and vitamins in them. These are the reasons for the crops tasting sweeter and people consider them healthier to take.

Abandoned Farmland is Good for the Environment

There are many abandoned farmlands in Hong Kong, because of these reasons: (1) Weakening of manpower due to ageing of farmers; (2) Water sources for farming had been directed to reservoirs for city use with the big scale building of public housing under the time of MacLehose; (3) Competitive prices of crops from Mainland China; (4) Need of land by Hong Kong developers. At present, farming is around 1% of Hong Kong’s GDP. There are many abandoned farmlands in the Long Valley with overgrown weeds. Professor Chau said that this was ecological succession. On abandoned farmlands, oxidation will be slowed down. Accumulation of organic carbon will be available. The soil can rest when being abandoned. This is good to the diversity of plants and improve the environment.

In 1990, the authority planned to build a spur line of the Eastern Railway of the Kowloon-Canton Railway (KCR) from Sheung Shui to Lok Ma Chau. An overhead bridge was designed to cross the Long Valley Wetland. For the conservation of this Wetland for the birds, the Environmental Protection Department refused to issue environmental permit to KCR. There was a lawsuit on this and KCR lost the case. The Lok Ma Chu Spur Line Tunnel was built for this railway extension, to avoid affecting the eco-environment of the Long Valley Wetland.

Land with ecological value may not fall into government land. So, in 2004, the New Nature Conservation Policy (NNCP) was launched, including two schemes: Nature Conservation Management Agreement Scheme and Public-Private Partnership Scheme. These two schemes aim at conservation of wildlife and habitats on non-government lands. Under a Management Agreement (MA) for the Long Valley Wetland, two NGOs namely the Hong Kong Bird Watching Society and Conservancy Association were assigned to take up the conservation of the Wetland. With government funding, these two organisations arranged farmers to grow grains again on paddy fields, to attract more birds and to promote environment education and eco-tours. Half of the grains grown on paddy fields will be sold as “Eco-rice” while the other half of the grains will be left on the fields for birds to take. The two NGOs were required to raise around 3% to 5% of the funding amount given by the government, to support their running cost. Income from organising eco-tours added to the funding source, in addition to provide environment conservation education to participants. Professor Chau suggested that the government should consider adding a requirement to increase the yield of farming, to encourage the improvement of farming methods of farmers as well as their commitment in farming when arranging MA in the future.

The government has acquired the Long Valley Wetland in December 2019. Under the “Northeast NT Development Plan”, “The Long Valley Natural Ecological Park” will be built. Can the habitat and biodiversity of Long Valley be preserved? Let us keep an eye on it.

Healing Art in Hostel – Shall We Draw, Shall We Enjoy