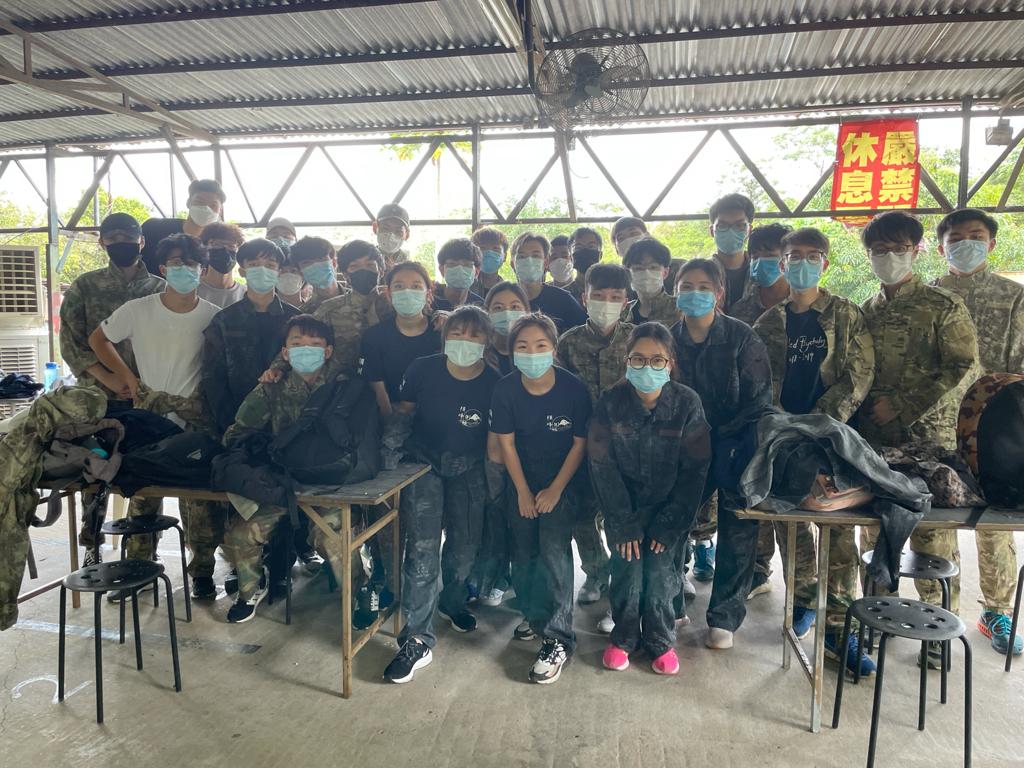 What is the role of a leader in a team? How does leader lead the team to fulfill a common goal and resolve their conflict? It is believed that UC students will have a new insight by taking part in leadership training. A team-building training activity was organised by the Leadership Training Society (LTS) of United College on 29 May 2021 at the Armed Forces Outbound Training centre in Fung Kat Heung of Yuen Long. A total of 33 participants joined this activity. Below is the sharing of LTS after the activity.

‘Fight for Your Team’ was the first face-to-face activity organised by the 2021 LTS. It aimed to develop the participants’ problem-solving ability under pressure and enhance their teamwork spirit and communication skills through group activities, in the hope to fulfil the Society’s vision of cultivating leadership and team spirit.

We split the participants into two groups for wargame competitions. Perhaps the weather was too hot on the event day, quite a number of participants complained and made negative comments soon after the competition kicked off. They requested to end early for each round of duel so that they could rest more. Later, they even complained that the guns could not function, or the venue setting made the game unfair. In the end, three rounds of duels were conducted in the morning session. The two teams ended in a tie and the atmosphere was not tense at all. During lunch, the participants began to review and discussed their teams’ performances with their respective team members. They made evaluations of their teams’ shortcomings and exchanged ideas on the tactics to be deployed in the afternoon session. For example, they would arrange members with better physical fitness to attempt assaults, while female participants stayed at the headquarters for defense. This resulted in a change in the participants’ mentalities; They were more engaged, as they tried to understand their own and team abilities from the battles, hoping to execute detailed plans for breakthroughs and give full play to their strengths.

LTS was pleased to observe this attitude changes from the participants. In addition to being more engaged in the activity, they demonstrated excellent team work spirit which was an essential  quality of a leader. We would like to extend our gratitude to the College for permitting this meaningful activity to be held despite the ongoing pandemic, as well as the self-discipline of the participants and the persons-in-charge in taking care of all participants.

Internship Opportunities for a Bright Future